Top Posts
New Lens!
There and back again
*dusts off*
Long Update here.
Beef Stroganoff
So tired.
Chicken Bog
Today is the greatest day of them all..
Tag: 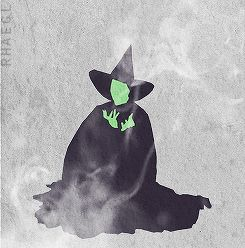 It’s so hot I am melting! Melting! not really, but it feels like it. Ugh. Summer is upon us! Despite the heat, today was an interesting day! I read which will most likely become one of my favorite books  – Ready Player One did some grocery shopping, fed my zoo, and melted. Oh, and played with my children, and did a few sundry things added with a dash of dinner.

Now it’s starting to cool off, and I am thinking about books to read. I think I am going to read the next book in the 5th Wave Series – Book here! . Which is called “The Last Star”. I know that the book was recently made into a movie, but I have not watched it yet. Mostly because I am not really fond of book to movie adaptations. Only a few movies I feel did it right. I used to be adamantly against it, until I read a story by one of the directors who did one of the Harry Potter movies (Not the first two, which were amazing, but one of the other ones.. which derailed from the book). In the story he said that he wasn’t trying to capture the book the way the first movies did, but to honor it, and show his vision of it. Thinking about it like that changed how I viewed book to movie adaptions. But, I still am not terribly fond of them.

Speaking of books, if you do like post-apocalyptic books and enjoyed books like the aforementioned, Hunger Games, uhh.. Divergent, you should check out “The Darkest Minds“.  I blew through them, and they are all quite good. Speaking of quite good.. My review of Ready Player One.

Where do I start? My daughter’s name was in it, Kira. Which I got from Terry Brooks (Who was also mentioned in the book), and he got the name from “The Dark Crystal”.. which incidentally was how Kira in got her name in the book! My favorite band is Rush, and my favorite album by them is 2112. Being a child of the 80’s, I enjoyed and understood every single reference in the book! I also play d&d and am an avid gamer, as most of you know. I digitally checked it out from my local library using overdrive. Great great book! It felt like Sword Art online (Minus the whole if you disconnect you die), mixed with Snow Crash, mixed with Guardians of the Galaxy, mixed with .. Wargames.. It was awesome. I couldn’t put it down, and that is saying a lot. The end made me cry. Which again is saying a lot. It’s difficult to give a review when you don’t want to include spoilers.