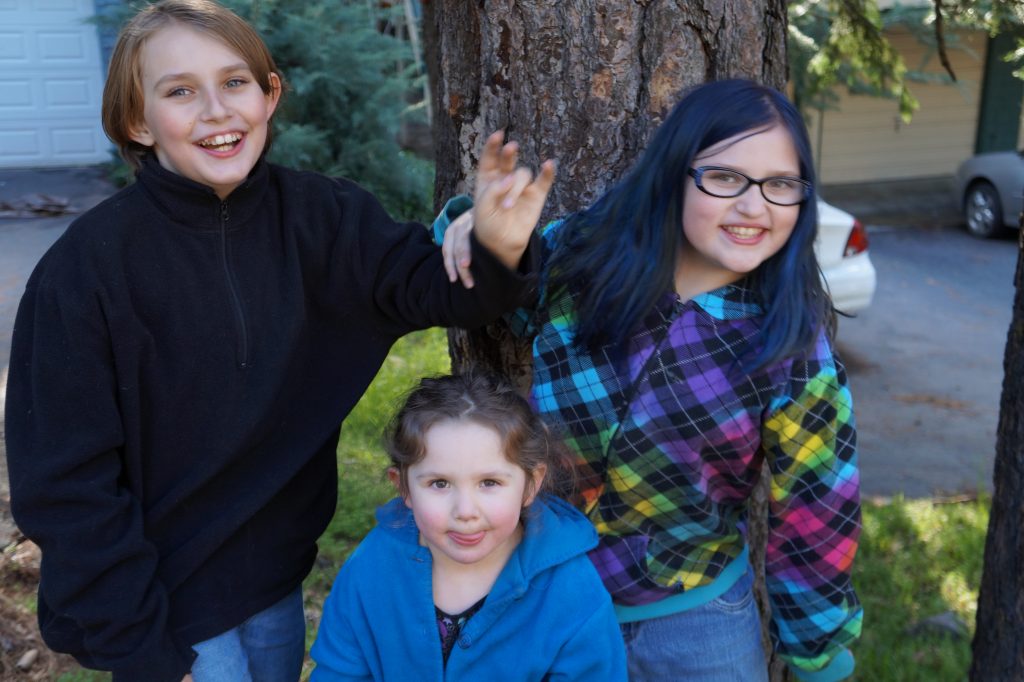 This is probably my favorite picture of my kids.. Regardless..

who was born in 2002. He loves video games, he is perhaps the kindest boy I’ve ever met. I realise that every parent says that about their child. But I mean it. Example, we were at the store a few weeks ago, and I was lugging around a milk jug, without saying a word, he walked up, and took it from my hands and relieved me of doing it. He has one of the biggest hearts I’ve ever know.

who was born in 2004, who is the artist. She is much harder on herself than I ever will be, but she is forever the ‘artist’. She writes, she draws, and she reads. She takes after me in so many ways. Much to my chagrin. Daring, bold, and not afraid to be herself.

who was born in 2011.  Is the light of my life. She is such a sweet and happy little girl. She loves dinosaurs, playing with her friends, and of course her computer. She has a vivid imagination, and is constantly telling us stories.